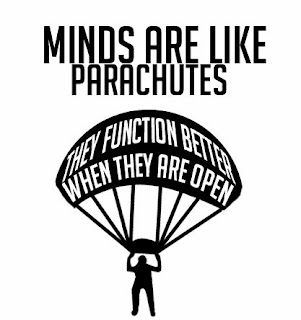 The following is a writing exercise from Susan Bell's The Artful Edit. Bell says it's designed to make you aware of your blind spots as a reader.

1. Name one or two of your favorite books and explain why you love them.

Two of my favorite books are Donna Tartt's The Secret History and Han Kang's The Vegetarian. Both books are lyrical and yet raw with emotion, and underlying both tales is an existential yearning. In The Secret History, the protagonist Richard Papen is involved in a murder and by retelling how he might the clique he wanted to be a part of, he tries to rationalize his involvement. Yeong-hye in Han's The Vegetarian becomes unsettled when one day she revolts from eating meat and then wanting to eat anything or live as a normal person in the world. What is fascinating about The Vegetarian too is the way in which Yeong-hye's refusal to function as a person unsettles the other people in her life, her husband, sister, brother-in-law.

2. Reflect: Do you read with standards of quality or an agenda of taste?

I read when some aesthetic standards in mind but I'd be hard-pressed to spell them out. I wouldn't be surprised if in the past I had a tendency to reject reading some works because of this so-called standards. However, as I get older, I'm more willing to let a work of fiction speak for itself. I want to be surprised by good writing. I started reading for fun when I was in the fifth grade. First it was Goosebumps books. I told myself only Goosebumps books. Next it was Goosebumps and Shakespeare (weird combo, I know). Then Goosebumps, Shakespeare, and anything Stephen King wrote. By the time I got to high school, I discovered Ernest Hemingway, but I was still picky about what I read, and for a long time. It probably, genuinely, wasn't until I was out of college for undergrad that I would read almost anything that was put in front of me, time permitting.

Susan Bell suggests in The Artful Edit that you shouldn't not read a book or story because it does not initially seem like your cup of tea. Read it through and then see what you think. Advice I want to take to heart.
Posted by Billie Pritchett at 1:45 AM