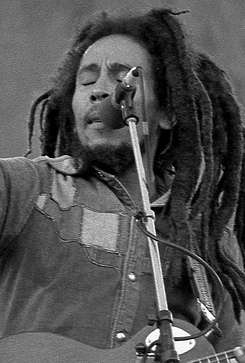 If you were looking for a non-greatest hits album to own by Bob Marley, you could do worse than Natty Dream. This is great reggae with the banger "No Woman, No Cry," but you don't need to care about what other people say are the hits, everything this guy put out was a hit, genius as he was.

Shame and an amazement to think that this man died at age 36. I've outlived him and not accomplished half as much. But no human being knows the length of his or her life. (I don't know if I've seen more sunsets than I will, but Lord I hope not.)

This is a political album without being overbearing about it. Why would you want it any other way? The good, thought-provoking stuff makes you think without letting you know it's making you think. It does its work by moving you. "Them Belly Full (But We Hungry)," for instance. "So Jah S'eh." "Revolution."

Since he cannot enjoying this life any longer, I hope this man is enjoying his afterlife. God bless him.

Posted by Billie Pritchett at 2:52 PM