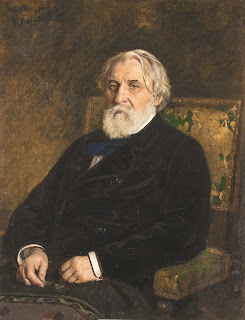 Man goes walking in the woods, comes across a meadow where village kids gathered around a late afternoon fire trade ghost stories. The man (the narrator of the story) lies down in the grass and listens. Night comes and the man must be getting home. Finally he remarks that one of the boys telling ghost stories would eventually fall from a horse. The tenuous connection between the bulk of the story and the ending seems to be that while these boys are worrying about supernatural figures snatching them from this life, as happens at the end, what is most prone to snatch a person from this life is an unfortunate, cosmically accidental, circumstance.

Blake describes London while walking the streets, they meter of the poem capturing his footsteps as he observes the differences in classes and ages. A bleak portrait of urban life.

A terrific, seminal essay in America's history wherein Thoreau sets out his hope for an American government that fully respects the rights and freedoms of the individual. There are echoes in his reality and our own. A major reason he does not want to pay his poll-tax is because the rejection of such a tax is his way to protest America's government in the Mexican war, a war Thoreau deems to be unjust. He argues also that voting does nothing but change out the stooges. It does not change really existing institutions, the only things that can being protests, riots, revolution.

Posted by Billie Pritchett at 9:07 AM