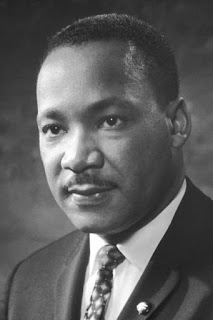 A lax lawyer hires a new clerk named Bartleby to do copying and editing. There are two other clerks and one young boy who runs errands already employed by the lawyer. At first, Bartleby seems a welcome contrast to the occasional ill temper of Nippers and Turkey, but after a while, the lawyer doubts that Bartleby does his work with any love for it. One day comes when the lawyer asks Bartleby to do particular work, and Bartleby answers, "I would prefer not to." His preference not to do some work begins selectively, but later he states his preference to do no work altogether. The lawyer tries to kick Bartleby out, but Bartleby is always there in the office, begins living there, in fact, yet doing no work. Eventually, the lawyer moves his office to a new location, and Bartleby falls into complete destitution and is arrested. O humanity indeed. This story denies its reader an easy understanding. Is it about the woes of capitalist work? The death of Christian fellow-feeling? I don't know. It doesn't seem designed to fit into one box.

"The Lamb" by William Blake (poem)

The lamb is the lamb of God, Christ himself.

An essay in the form of a letter and one of the most powerful pieces produced on American soil. Martin Luther King Jr. participates in nonviolent protest in Birmingham, Alabama, and is arrested and placed in jail, the setting for this letter. His letter is addressed to a group of Christian white organizations who beg King and his movement to tone down the rhetoric, stop the marching, wait until the time is right when the United States desegregates of its own accord. King reminds that time in itself is neutral, that it takes people to shape it, that nothing gets done unless there is action and while he was writing, there was more action being taken to promote the injustice of desegregation than there was being taken to combat it. In one moving passage, King warns his audience that his push for nonviolence positions him between those who speak the status quo and those who speak for more violent, radical change. He tells his audience that were it not for the proper channeling of the anger that he is encouraged, "blood would run in the streets." King was one of the world-shakers. We may never see anyone like him in our own time ever again.

Posted by Billie Pritchett at 6:21 AM