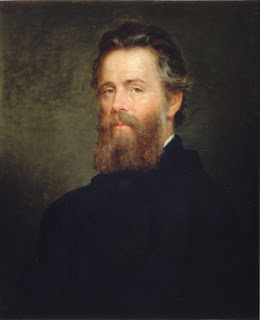 "The Encantadas" by Herman Melville (story)

The Encantadas or Enchanted Isles are given a life of their own, one alien and gothic from the inhabited world. The landscape is its own character.

The Prelude by William Wordsworth (poem)

A portrait of the artist becoming a man, an idealized bildungsroman, from childhood until his maturation through education, through books, through revolution.

Emerson's encomium of Thoreau. "No one more American than Thoreau." Some backhanded remarks on Thoreau's surliness but what is evident is that Emerson really did love the man for the same blend that he himself possessed, of naturalism and transcendentalism.

Posted by Billie Pritchett at 4:02 PM