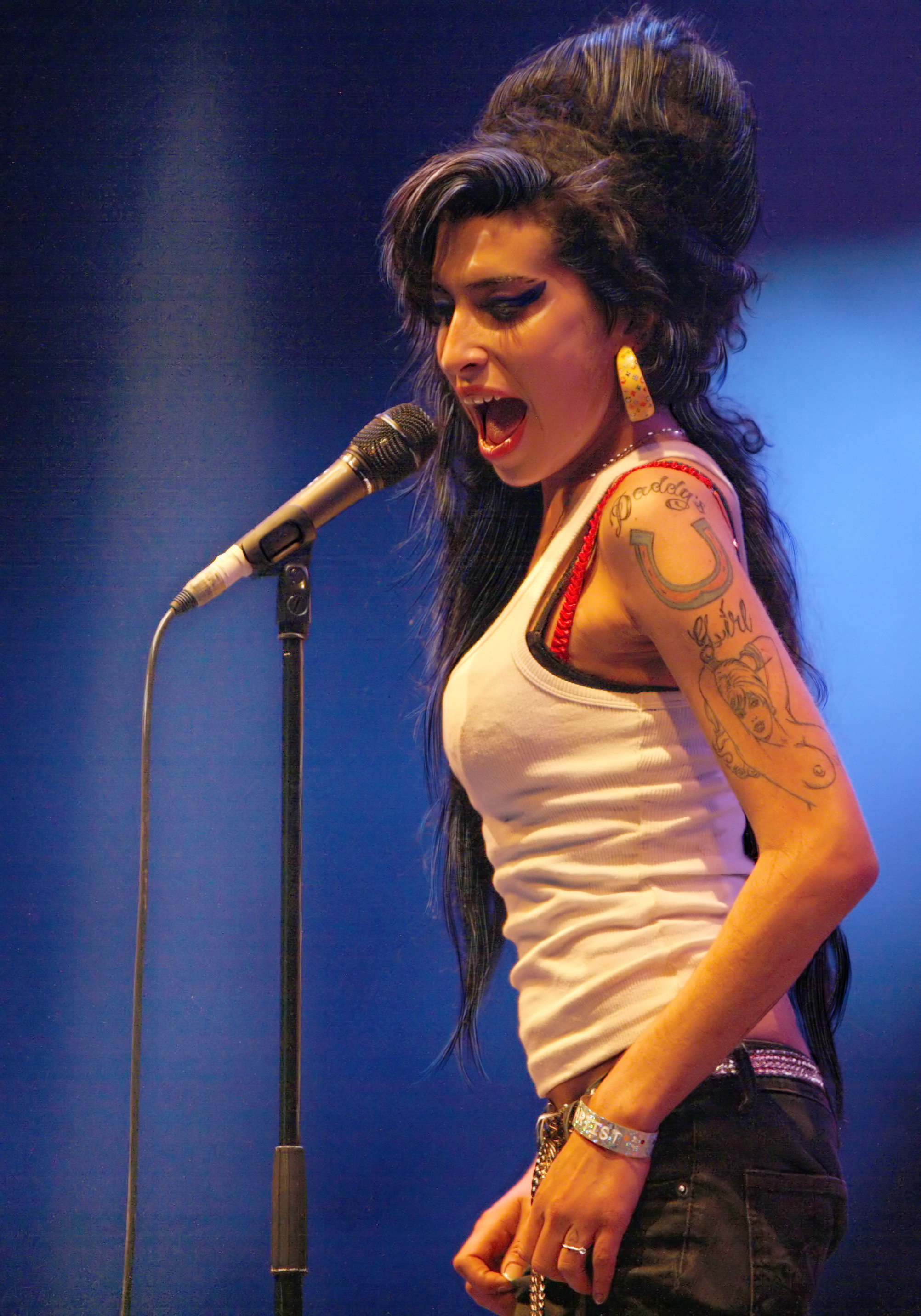 Here's Amy Winehouse. This young woman was 27 when she died. Her music was a monument to natural talent nurtured at an early age. But then the separation of her parents due to her father's infidelity sent her down a bit of a spiral during her adolescence. She developed an eating disorder and a drug habit.

She was already a rising star at 18, but drugs, depression, and her eating disorder remained a problem. Add to this the fact that her boyfriend, an addict himself, tried to take her to rehab, but her dad said she didn't need to go. This was the same dad who in a few years time would have her touring to exhaustion and eventual death, after having taken over as her manager (he had been a taxi driver up until that time).

After that, she escaped to Hawaii for leisure, alone with drugs and alcohol. Her father arrived sometime later. He was supposedly watching her, but one wouldn't be surprised if he was mostly spending his time counting the money.

Much of Amy's Back to Black is emblematic of the final high mark of her life, that moment when the sun lets out its last burst of rays in the evening, turning everything golden, before it falls.