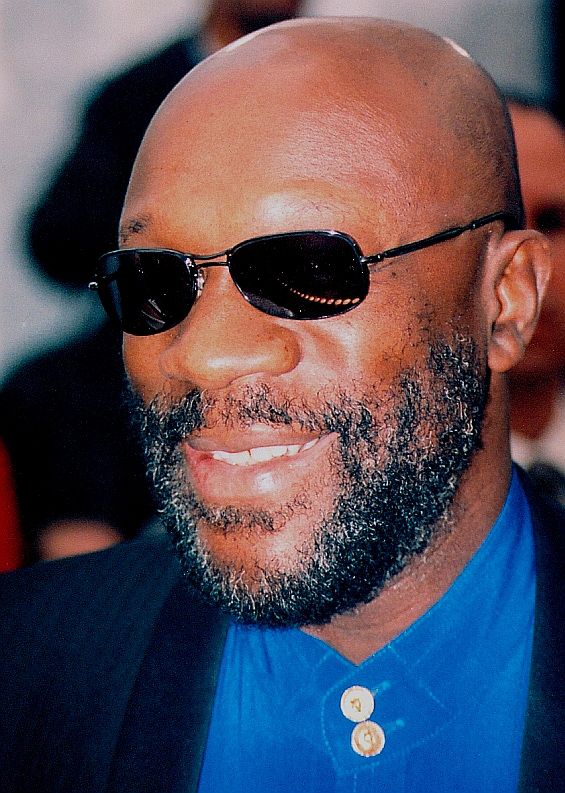 Hot Buttered Soul! Some name, huh? We have an unusual album on our hands from superfly Isaac Hayes. The LP is four tracks only: "Walk On By," "Hyperbolicsyllabicesquedalymistic" (try saying that once, let alone three times fast), "One Woman," and "By the Time I Get to Phoenix." The first and last tracks are the beefiest, "Walk On By" clocking in at 12 minutes, 3 seconds, "By The Time I Get to Phoenix" a whopping 18 minutes and 42 seconds. The total album runtime is 45 minutes, 24 seconds. How could an album like this get made? It was a different time.

According to Wikipedia, the super-smooth "Walk on By" was written by Burt Bacharach and Hal David, two career lyricists, both white, both two men who look like the people who would be farthest from a project called Hot Buttered Soul. There are a lot of other white folk involved in the album's compositions. Nothing against white folk, of course. From my limited knowledge about the music business, there has always existed this interesting relationship between black performers and white performers, and the relationship has not nor must it always be by necessity an exploitative relationship, though there are countless stories of black performers being swindled out of money by white-owned record companies.

Let me say a quick word on the way this album is working on me. It's groovy, but for the most part, I don't like it. It seems pretty inconsequential, you ask me. Some nice things I could say? I like that the second track (I won't bother to type out that long, nonsense title again) uses the expression medulla oblongata. Just to use it, you know. That's cool.

That out of the way, allow me to make some comments on the late Isaac Hayes (may he rest in peace; God bless and keep him). As you may remember, the man enjoyed a sort of second career when he portrayed Chef on South Park. On the show, the South Park children would often go to him for answers, he would tell them something a little too grown-up, they wouldn't understand, and he would say, "Forget everything I just said." That was the bit. That was cute. Chef was cool.

Now as you may also remember, Isaac Hayes was vilified for his religion. He was a Scientologist. I think this was quite unfair. The religion itself has been criticized for its belief system, which some regard as akin to science fiction. There have also been criticisms leveled at the prices for services and price structures to move up in the religion. Some have alleged that the religion is abusive to its practitioners, especially the worker corps that undergirds it, a worker corps which works for free. With this free labor and the religion's tax exemption and steep pricing structure, it would seem as though it is easy for the religion to generate money hand over fist. For the sake of argument, let this criticism withstand. But now I ask why someone like Hayes or anyone else would be attracted to this religion in the first place?

The other night, my wife and I were talking about another more infamous Scientologist Tom Cruise. My wife had just returned from the theater after having seen Top Gun: Maverick. I had declined to go. I didn't like the original film, and I doubted I would like the sequel, since from the trailer it looked like a glorified advertisement for the American military. As a Londoner would say, "No fanks." Anyway, my wife kept saying how awesome she thought Cruise was. She was especially amazed by the stunts in the film, many of which he did himself.

Apparently, in Cruise's religion, the belief is that as you move up the levels, you acquire great mental and physical faculties. Your level of influence over other people increases, your body allows you to do things others can't do, and you begin to have a preternatural control over your environment. Everything runs smoothly, you transcend problems, it's mind over matter... Why would an actor or musician want that? I wonder. Seems to me this belief system would be attractive to nearly everyone.

An underlying tenet of any religion, it seems to me, is that there is more to the world than what we experience with the five senses. Another tenet is that there are some individuals who have tapped into this transcendent world and maybe, just maybe, we could learn from them if we make them our role models. In addition to having special, holy people, every religion has special, holy places, anniversaries, texts, and rituals. And then there's the idea that maybe we will feel better or live better if we partake of the culture created by this religion.

This is just to say I don't slight Hayes for his beliefs which probably helped him make the best of his time on Earth. God bless the man.

Finished the album, by the way. Nothing to write home about.