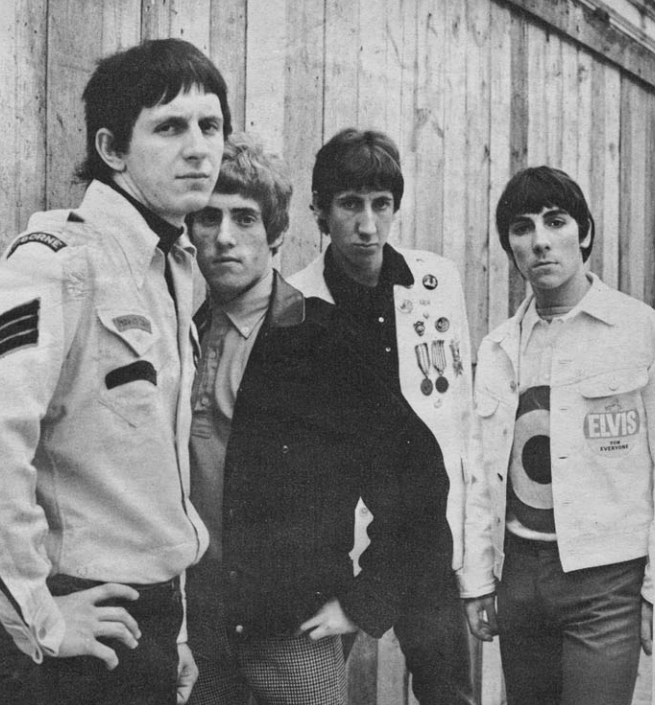 Won't get fooled again, all right. The Who sucks.

So I want to talk about something else.

I want to talk about British rock. As I move through these various albums throughout the history of mainstream and near-mainstream music, I've discovered that the bands I'm most favorable to are British, and if they're not punk, they're punk-ish.

There's no accounting for taste, as they say, but that's not right. There's at least some accounting for it. Anyone who would want to eat a cat turd on rye bread, for instance, would have bad taste. However, when it comes to music, we all allow for a great deal of laxity, don't we? There's some experimental discordant piano music I don't get, but there's some out-there jazz I can almost get, which is extremely discordant but which I say can almost get because it feels like the next step in the evolution of that already experimental genre.

More than any other artform, music, seems to me, to be experienced on an emotional, almost reactive level. Turn on a song and it's "Oh yeah" or "Gross; turn that off." My favorite moments with music, though, are those when I can feel my conscious brain click on and I think, "I don't know what this is." I start sorting and I don't know where to put the specific song, say. Or I think, "I don't know if I like this" or "You know what, I hate the bulk of this album, but I like this one song" or "I kind of hate and love this sound at the same time." That's fun.

Don't get me wrong. As much as the next person, I like music as comfort food. The albums most precious to me end up becoming comfort food. But the discomfort is more than instructive. Yes, it helps you discern your own tastes, but the shakeup is necessary, I believe, to keep your brain active.

So anyway, The Who sucks, but I'm going to continue to listen to this live album until it's over while I do other writing, and whenever the album is finished, I'll put on something familiar and comforting that I like. That comfort food album will probably be Whatever You Say I Am, That's What I'm Not (2006) by Arctic Monkeys, an album I reviewed below. That album, I listen to and love more and more and more.