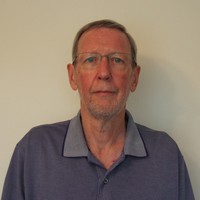 A famous economist once said of John Maynard Keynes' General Theory of Interest, Employment and Money that it

is a badly written book, poorly organized, and not well suited for classroom use. It is arrogant, bad-tempered, polemical, and not overly-generous in its acknowledgements. In it the Keynesian system stands out indistinctly, as if the author were hardly aware of its existence or cognizant of its properties. But when it is finally mastered, we find its analysis to be obvious and at the same time new. In short, it is a work of genius.

The Modern Library lists Keynes' book as one of the 100 best nonfiction books of the 20th century. So I thought it might be worth reading. But I was having a difficult time understanding it. Apparently, I'm not alone. I've since turned to this book by economist Brendan Sheehan, who is an expert on Keynes' economic theory. So far, I can understand Sheehan's extrapolation of Keynes better than I can understand Keynes.

According to Keynes, 18th-century's Adam Smith and David Ricardo provided economics with the classical theory of interest and employment. In their view, saving is not only good for the economy, it's the "key moving force of the economic system." Sheehan writes,

The classical analysis supposes that an individual adds to the total demand for goods and services as much by saving as he/she does by purchasing consumer products. (Ideologically this is attractive to the educated elite as it places affluent households that save, the wealth-holding rentier class, in the central role of facilitating wealth creation.) The classical model therefore assumes that what is saved is available to fund investment in new capital equipment. If saving rises then investment spending will increase by an amount just sufficient to counteract the decline in consumption spending.

This became known as Say's law, so-called because so-called discovered by 18th-century French economist Jean-Baptiste say. Smith, Ricardo, and classical economics took this law for granted in the 1930s, the time of Keynes' writing, the overall theory assuming that "supply creates its own demand."

It should be repeated that Keynes doesn't dispute any of these assumptions, only that they only operate when the economy is unchanging and functioning at full employment. But Keynes believed the fact that fluctuating economies rendered the traditional concept of full employment inadequate. The traditional view of full employment held that there could only ever be two forms of unemployment: (1) when there's a bit of a time-lag due to unforeseen circumstances (a drag in the supply-demand equilibrium, a technological breakthrough, an industry rendered useless and workers trying to catch up, something catastrophic like a flood that destroys people or some industry, etc. etc.); (2) some obstacle keeping people from work like dadgum government or just sheer human obstinance (don't know why folks don't want a fast-food job these days, must think they're too good for it). Keynes believed this kind of thinking about economics as static was not rich enough to account for economic volatility nor other, non supply-side difficulties that could gum up the economy. That's where he thinks his theory is better. We need to look at the demand-side and what we can do there.

Alice Munro, "Executioners," Something I've Been Meaning To Tell You: Thirteen Stories

A woman reflects on a childhood occurrence when one of her disabled classmates died in a housefire. I don't know what else to say about this story or if I even like it. Maybe I didn't even understand it.

Posted by Billie Pritchett at 3:54 PM