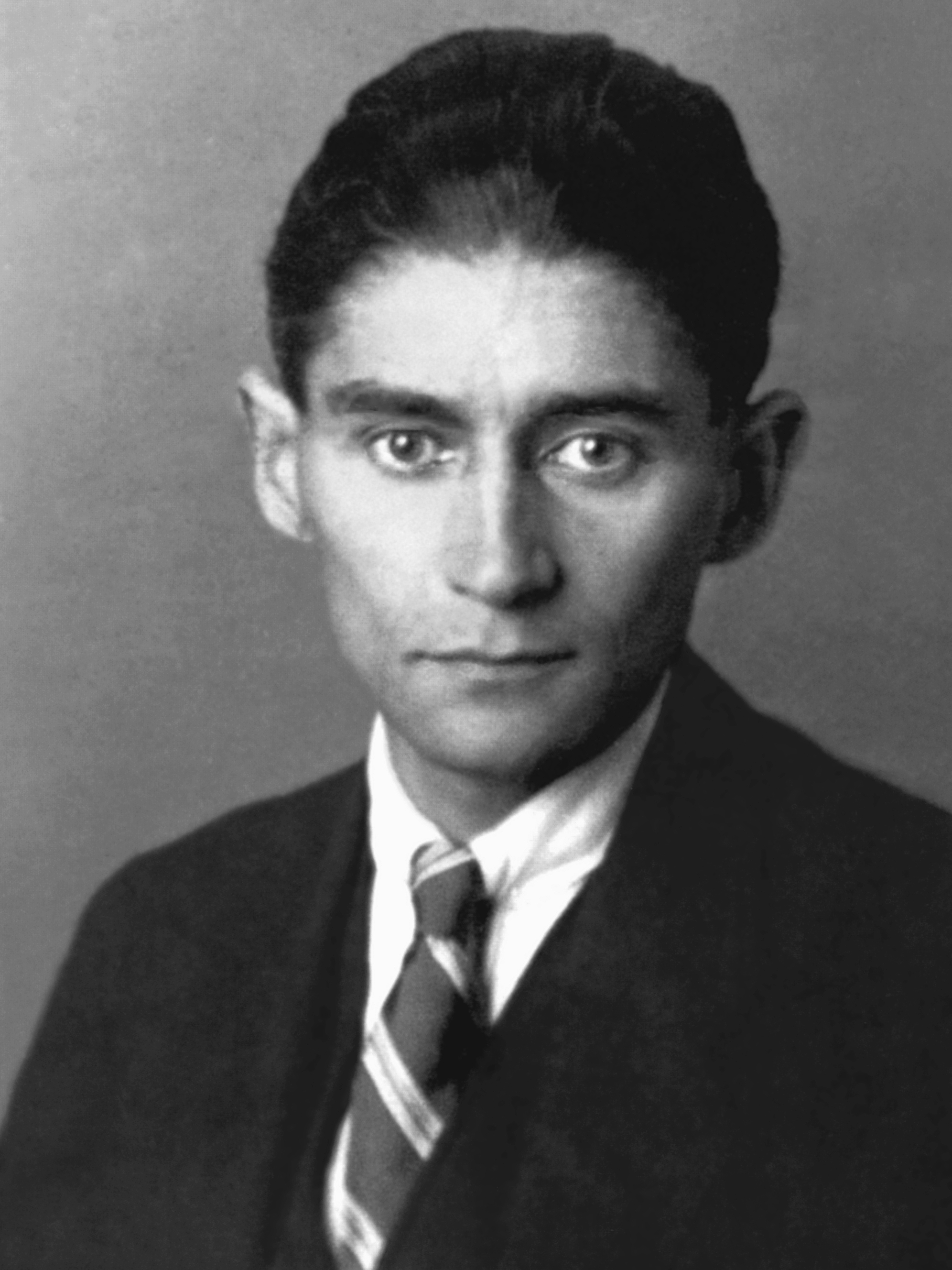 Franz Kafka, "Description of a Struggle"

Young man, drunk, is at a house-party for well-to-do folks. He's drunk on schnapps. Some guy he sort of knows comes over to him and bothers him, agitating him about a housemaid the acquaintance had made out with at the party. He wants to talk about it.

Our narrator and the acquaintance leave the party and go out walking in the snowy wintry night. It's about 1 AM. At some point, the narrator starts daydreaming to keep from paying attention to this acquaintance. Then he runs away from him and goes and sleeps in a tree.

Next, he practically falls out of the tree and sees a fat man riding in a sedan chair carried on the shoulders of four men like a king. They let the sedan chair loose in the water, the narrator runs alongside the river, but the fat man says not to rescue him.

Then the fat man tells the narrator a story about how he used to go to this church to see a pretty woman but while there he regularly encountered this emaciated looking man who would pray and pound his head on the floor. He wanted to see what this penitent was all about so he followed him. The penitent said he liked that the fat man was watching him pray at the church because it gave purpose to his life but still he thought at bottom there was no purpose to life but only went to church because he thought there was value for himself in the supplication.

This story within the story ends when the fat man gets swept down the river and drowns. Then somehow the narrator is walking alongside the acquaintance again. The incident with the fat man could have all been a dream.

The acquaintance continues to ramble about the housemaid he made out with at the party, he says he doesn't know what to do, whether he should turn it into a relationship or whether he should try to get out of it and make himself gone. The narrator is pretty indifferent to all this, so the acquaintance gets frustrated, says what do you know about love, and the narrator he reveals he got engaged just a few days ago. The acquaintance starts sobbing and then takes out a knife and stabs himself under the armpit.

The narrator tries to help him get to some doctor or other in the middle of the night. He carries the man, his arm slung over his shoulder.

Emerson says we take our own experiences for granted, not realizing the value they may have in the great scheme of things. We judge today unproductive, but in retrospect it might have been just the day it needed to be, or the one thing we attended to has repercussions for the future direction of our lives.

This is a parody poem, where Poe takes lines from Milton, Shakespeare, Alexander Pope, and others, jumbles them up, and forms a tribute. Nonsense poetry.

Posted by Billie Pritchett at 4:28 PM