Exercises in developing characters for fiction 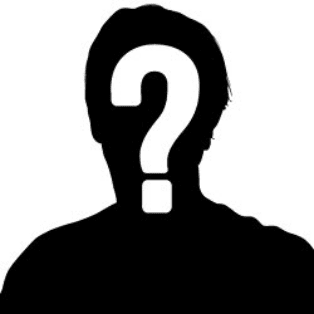 Renni Browne and Dave King in Self-Editing for Fiction Writers advise writers to let their characters do things to reveal to the readers what kind of people they are. They write, "When you present your readers with already-arrived-at conclusions about your characters, you leave your readers with nothing to do, and passive readers are at best unengaged and at worst bored. You need to let your readers take an active role in the writer-reader partnership to draw them into your story" (30). And this occurs when you let your readers draw their own conclusions about characters' actions. The following are exercises to improve developing characters that comes from Browne and King's Self-Editing for Fiction Writers, Second Edition (New York: HarperCollins, 2004, 48-9).


1. How would you develop the following characters through a series of scenes? Keep in mind that the scenes don't have to be consecutive and that some of the material need not be included at all.

Maggie had reached the cusp of her childhood, that gray area between girl and woman when she could be either, neither, or both almost at will. There had not been (and probably would not be) a lonelier time in her life. She could no longer associate with children, whose interests now bored her. But she she wasn't comfortable with adults, for she still carried the energy of a child and couldn't slow herself down to the adults' pace.

And so she found herself trapped between the banal and the dull, trying to shape her life with only the help of her contemporaries, who were as adrift as she was. Given all this, was it any wonder she sometimes seemed, well, exasperated (and exasperating) to her parents?

2. Now try the same thing with a passage of exposition.

The country had changed over the years. It had all started with the George Washington Bridge, which finally put the west side of the Hudson within commuting distance of New York City without the bother of trains and ferries. Then had come the Tappan Zee Bridge, a second artery running right through the heart of the country. It was only a matter of time before the family farms were turned into developments and the little two-lane roads became four-lane highways.

Fred could remember when Nanuet had only traffic light. Now it had a string of twelve of them on Route 59 alone, mostly in front of the mall. (The Mall!) And Route 59 itself was well on its way to becoming a continuous string of malls and shopping centres, all the way from Nyack to Suffern and beyond. It had reached the point where shoppers outnumbered residents three to one on a busy day.

Here are my attempts to rewrite the above passages to show rather than tell, and let the characters speak for themselves through their actions. Wish me luck.


1. Maggie knocked on the door, and Lauren let her in. The other girls had already put on their pajamas and were lying around on the living room's carpet, or had their elbows up on pillows, ready to watch Sorority Row.

"I'm so glad you could come," Lauren said.

Maggie sat down on the sofa behind the other girls--Amanda, Kimberly, Lauren. They looked back up at her from the floor.

"Where are your PJs?" Amanda said.

"Why not?" Kimberly asked.

"Come on," Amanda said, "it's Sorority Row. This is what college is going to be like."

Kimberly scrunched up her face and her freckles popped out with frustration. "Well, if you're going to come over and crap on everything, why did you bother coming over?"

"Why didn't you just go with her then to the family thing?" Kimberly asked.

2. Fred drove along Route 59, remembering old Nanuet. How far it'd come, he thought. He passed mall after mall, and there'd be nothing but malls if he drove all the way to Suffern or if he went back the other way to Nyack. He switched lanes and someone honked at him. "Sorry, buddy," he mumbled. "Not used to these four-lanes. Never used to them." Cars packed 59 like blood cells moving through arteries, the George Washington and Tappan Zee bridges all feeding into the stream. Where had all the farms gone?

All right, and here at the back of the book (239-40), Browne and King don't reveal their exact edits but they have this to say.


1. Exactly how you would convey Maggie's character through scene depends, of course, on the plot of your story. You could show her lack of kinship with anybody but her own age group by giving her a linguistic quirk, some bit of slang or unusual phraseology that is already shared by her friends and mystifying to everyone else.

And if your plot would allow it, there is real dramatic potential in revealing her character a little at a time. The beginning of the story could show only the more comic (and typical) aspects of her character--the restless energy, the boredom with everyone around her, the supercharged thoughts. Then, as the plot develops, you could start to show the fears behind the boredom, perhaps even including some hints of desperation. In short, you could turn Maggie into a real human being.

2. Again, the details of how to show the changes in the county depend on the details of your plot. One good approach would be to use the changes to the county as a backdrop for the story. For instance, you could have Fred get lost on his way to, say, his old high school because some of the roads he used then have become one-way. Or you could give him an occasional flashback to one of the family farms he remembers. Or you could simply have him express his disgust at the state of Route 59 to one of the other characters.

Okay, all that in mind, I don't think I did too poor a job in the rewrite. Perhaps I still rely on dialogue too much to do the work and have less action to do it. But as opposed to what Browne and King are talking about, developing longer pieces, I don't think what I wrote was too bad for trying to convey the feelings in those descriptions that they provided in scene form. Anyway, good stab at it.
Posted by Billie Pritchett at 5:20 PM