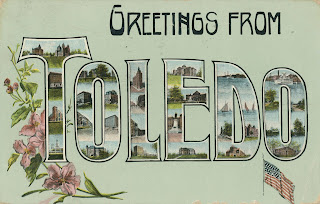 A young woman from the small Canadian town of Jubilee receives a postcard from her boyfriend saying howdy-doo. But is it true? Now she's hearing her boyfriend's coming back to town with a wife.

A man is about to marry a beautiful woman but has to make it out of the palace alive in a trunk in order to get to her. Honestly I don't recall how this scenario came about.

"On the custom of wearing clothes" by Michel de Montaigne

Montaigne says that while he might have accustomed himself to wearing a bunch of clothes in winter, the brave and the poor have accustomed themselves to the weather and don't need a lot of clothing. As much admiration as Montaigne has for these people, he has no intention of altering his habits.

Posted by Billie Pritchett at 11:02 AM