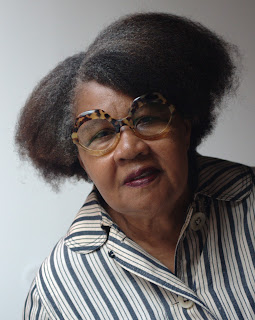 "Figures in the Distance" by Jamaica Kincaid

"Figures in the Distance" is an except from Jamaica Kincaid's novel Annie John, but it has been published as an independent work of short fiction in an anthology called Doubletakes, edited by T. Coraghessan Boyle. As Boyle writes in his introduction to Kincaid's piece, it reads like nonfiction, a sophisticated diary entry, wherein a grown woman reflects on her life as a ten-year-old girl, when she discovered that those close to her could die.

What makes this story so good? Little surprises. Crosses in the beginning that haunt her. The girl being afraid of her mother's hands because they had prepared the body of a girl who had died of fever. The lie our narrator tells at the end. Kincaid took a premise that in lesser hands could have been straightforward and forgettable, but she managed to bring it alive with the particularities of the girl's world.

In David Foster Wallace's introduction to Best American Essays 2007, what struck me were his comments regarding why he excluded traditional memoir from the omnibus. The main reason, he wrote, was because he often does not trust the fidelity of the memoirist and believes that most memoirs are inadvertently sad in a way the author does not intend them to be in the pursuit of his or her agenda. I understand what he means. But had, for instance, the story above by Jamaica Kincaid been a mostly faithful account of her experiences with death, it would have made as brilliant an essay as it is a work of short fiction. And truth be told, it isn't even a work of short fiction, really. As I said, it's a portion of a novel T.C. Boyle chose to excerpt. In the largest sense, the work is evident that great work is great work, call it what you will, and I'm sure if in another world it were up for inclusion in Best American Essays 2007, it would have been chosen.

Posted by Billie Pritchett at 7:57 PM