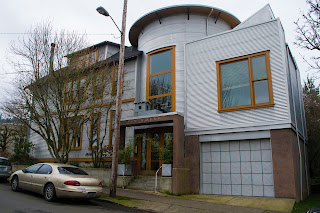 Originally published in the (now-defunct?) literary journal Tin House, "Werner" by Jo Ann Beard tells the story of a man who escapes his apartment building when it's on fire. It's a wonderfully written piece, published as nonfiction, but I doubt if any of the particulars of it are true. The tale is told as a play-by-play, from Werner waking up to the smoke to looking for clothes to looking for his cat, et cetera, the kind of knowledge a third person does not have access to, and unless this Werner has 20/20 recall to retell it, the story is likely one-hundred percent imaginary fabric.

Which might not be so bad. Karl Ove Knausgaard produced a six-part memoir which he admits is largely made up in its details but not in its broad strokes. Sven Birkerts has also written in The Art of Time in Memoir that Jo Ann Beard's own memoir, The Boys of My Youth, is likely fictional. Memoir does not strain credulity for me like third-person accounts do. I don't know why. Perhaps it has something to do with the implicit trust a reader has in the first-person voice of the teller of a tale.

"How to Become a Writer" by Lorrie Moore

A writing mentor once told me that when you're struggling to write, read. Read essays. Read stories. Read for comfort food. Especially read Lorrie Moore's "How to Become a Writer." Moore's short story here is advice for taking up writing at an early age, maybe trying it in college, failing at it, continuing it as a kind of calling in spite of how much trouble it gives, in spite of how much ridicule you draw from pursuing something that seems so worthless. Moore's story is a gem, told in the second person like a miniature handbook, self-help, which also happens to be (more than happens to be) the name of Moore's first short story collection. Read it and weep.

Posted by Billie Pritchett at 6:06 PM